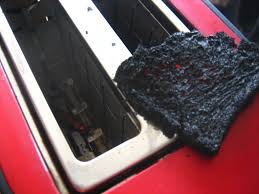 I May Have Burnt My Toast

This album, "I May Have Burnt My Toast", by Misop Baynun, contains 8 songs. This was recorded along with the a similar sounding album called "I Held The Distance Close". The style and sound of these albums are similar but each have different songs on them.

They were released earlier as a double album but now are separated into two albums, this one being what was previously the second of the two album set.

All the hits on this album are almost impossible to count—unless you can count up to eight (or to a lower number).

Authentic blues in the Robert Johnson style (but with electric guitar and drums).

This is an album where while playing guitar and singing, Misop Baynun also plays the drums with his feet.

You can listen right now for free! But please feel free to make a donation using the "Make a Donation" link below:

I May Have Burnt
My Toast

Going Down to the River

And I Say Ooh

When I Can't Pay

MagPro Ads: Visit the One Duct Road album webpage to rock out to the song Rottweilers by Misop Baynun.